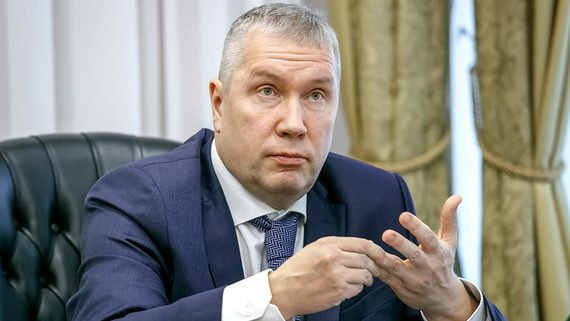 Pavel Shilyaev, General Director of MMK, talks about steel prices, taxes and the impact of ESG factors on business

For metallurgical companies 2021 turned out to be eventful. The jump in steel prices has led not only to an increase in incomes of Russian metallurgists, but also to an increase in the tax burden: an export duty on steel was introduced in August, and a tax on mining (PZKV) and an excise tax on liquid steel. The ESG agenda is also gaining momentum: the EU has announced the introduction of 2023-2026. transboundary carbon collection on a range of commodities, including steel.

In an interview with Vedomosti, Pavel Shilyaev, CEO of the Magnitogorsk Metallurgical Plant (MMK), spoke about the company’s competitiveness in the new tax environment, the impact of ESG trends and business development in Turkey.

– What is the current estimate of the company’s loss-making income from the tax burden for metallurgists from 2022?

– The tax burden is tied to quotations for iron ore and coal, so it depends on world market prices. We are, of course, making estimates of prices for next year, drawing up a budget. Now the estimated revenue from the increase in workload is estimated at $ 200-250 million.

– The Russian Steel Association wrote a letter to the Prime Minister Mikhail Mishustin, in which he expressed concern that the increased PZKV for metallurgical companies will remain forever. Do you share these fears? How critical will it be for the industry and the company to maintain the discussed tax parameters after 2024?

– Indeed, initially, when the discussion was going on, it was said that the increased PZKV is a temporary measure for three years. However, the text of the law that was adopted does not specify any time frame. Of course, this will affect the work of metallurgists in the long run. The law imposes an additional burden on us, metallurgists, which will affect our competitiveness on the world market. In this case, the taxes themselves are tied to market prices, so it is clear that the amount of tax burden will fluctuate. I think that further decisions on the continuation of these taxes or on changes to them will be influenced by the economic situation in the world and in the country.

– Then share your opinion on the main trends in world and Russian steel markets in the coming years. What will happen to the dynamics of prices for iron ore and steel?

– Making predictions, especially long-term ones, is a thankless task. But I can say that now at the heart of the global agenda is carbon regulation, reducing greenhouse gas emissions. This is especially true for metallurgy. The whole world, setting targets for reducing emissions, primarily focuses on energy and metallurgy as the industries with the highest CO2 emissions. Therefore, the task set for the metallurgical business will be set by the governments: in particular, Russia has committed itself to achieving carbon neutrality by 2060. In the coming years, metallurgists are expected to invest heavily: in equipment, rearmament, modernization – to reduce greenhouse gas emissions. . All this creates the preconditions for further growth in steel prices, and this trend will be long-term.

– That is, do you expect that in the future steel prices will remain at a fairly high level compared to previous years?

No comments to show.